We need to accept the, often unintentional, collateral damage of charity communications and find new ways of doing things that are morally right – but also creatively different and financially successful.

To challenge our thinking, we spoke to #NoWhiteSaviors, an advocacy campaign group led by a majority female, majority African team of professionals based in Kampala, Uganda with a deep commitment to seeing things change in a more equitable & anti-racist direction.

What’s the vision of #nowhitesaviors?

We want African voices to be listened to. People coming to the African continent should be able to listen to the people that live here. They should listen to us and get to know what we want and not what they want from us.

We want a world where things that are not allowed in your country shouldn’t be done on the African continent or any part of the world. If you don’t have a specific skill to treat children in your country, why do you do it here? Don’t do it here. What is prohibited back home should also be prohibited here.

Africa shouldn’t be used as a playground for people to come and do whatever they feel like and walk away. We want to see people who have come here and done things that they can’t do back home in their countries, held accountable.

How often do charity beneficiaries see the communications they feature in?

Most do not. There are big barriers with accessibility, with education, with internet access, with television access, and even just knowing you can google the link if someone doesn’t send it to you. I would say the average family, the average child doesn’t see the content that is featured around them and their narrative.

There’s a tax here called the OTT tax that the government started, it’s a tax on social media. So even if you had a phone that accesses those social media accounts, you would struggle because you have to pay an extra tax now.

And Stacey Dooley is a great example. The family of the child featured in her Instagram photo didn’t have any questions until they realised what had happened. They would never have had access had other people not gone after them. [The child’s family were reached by Daily Mail journalists who flew to Uganda to investigate the news story].

People don’t have access to what is being put out there. We have seen so many stories online where organisations are actually revealing children’s HIV statuses and that is really wrong and bad.

It’s even illegal in Uganda to put someone’s HIV status online. We are seeing all these things happen. If this was any other part of the world and you did that, someone would sue you!

If beneficiaries saw communications they featured in, how would they feel?

Well, with the family involved in the Stacey Dooley case. When we went and interacted with this family – they were shocked. They didn’t know their son’s photo was going to be viewed by millions of people around the world. The reaction was actually not good. The grandma said, white people come and take our pictures all the time. But we didn’t know where they actually go. And what do they do for us? They don’t do anything.

They might sign a release form at the most. A lot of people still don’t even do that. But maybe the release isn’t translated properly. No one goes to them and shows them the final cut of an interview. Or an article and says, “hey, are you ok with the way you’re being portrayed?”

Those are the power dynamics. Not only are they not given the final say on how they’re being portrayed, but they’re also not seeing it.

Because for the most part it’s true. The people we’re photographing. The people we’re putting out there on out social media, as beneficiaries of our help and our saving – they’re not actually ever going to see it. So we can get away with it.

Is there ever such a thing as “informed consent” when gathering content?

Even if people do have access to see the final content, understanding the power relationship within that is important. We’re not explicitly saying if you don’t let me post this image or share this story then I won’t fund or I won’t donate. We’re not explicitly saying that, but we find a way to communicate that message. It’s like this is an exchange. This help is not for free or without a cost to you. I have to exploit some part of you in order for you to get the funding that we need.

These white people or this NGO is helping us and they’re asking to take our images. Do they really feel like they’re able to say no because they don’t know that if they say no they’ll still get the help?

What are the worst stereotypes portrayed by International Development charities?

How do communications from International Development charities need to change?

On the African continent there are so many, many people who are educated. Even if it’s in the local language. Let people represent themselves.

We take a lot of liberties that we would never want someone to take about us and I think that’s the power dynamic and the dehumanisation that we’re seeing happen so often playing out.

We’re taking liberties and saying it’s ok because I’m a fundraiser. If we really view people as fully human – and that’s what we’re continuing to work towards in this sector – we need to be constantly asking ourselves how we can do better.

Is anyone producing communications in a better way?

Zara Larsson, the Swedish singer, was on a medical trip for a charity supporting children with cleft palates to have corrective surgery. She had photos of her in the operating room. It was the same thing as happened with Stacey Dooley, but it was a very different response.

Zara had people tagging our account telling her to follow, calling her a white saviour. Her automatic response was, “I want to understand”.

We didn’t write to her. She wrote to us even before we really caught wind of it and said, “people have been sharing your account with me. I wanted to help and I realise some of what I was doing wasn’t the best.” She asked if we could have a conversation and consult. She offered to pay us for it. And she did. Now she follows our account. She’s reposted quite a bit of our content. She’s been open to the ongoing conversation.

We’re not saying she needs a medal because I think the bar is set so low for us as white people, but we’re saying what Stacey Dooley has done is not the only response. It is possible to take feedback in the moment well. She’s able to say, “Even though I meant well I did something that I didn’t intend where I caused some collateral damage. I want to correct that. I want to do better. I want to engage in that conversation.”

They are both white women, with celebrity status from Europe. So very similar demographic but two vastly different responses. We see that in our work in general. There are white people and African people who hate our work. It comes down to a willingness to be open and to understand your impact.

If you want to learn and do better that’s one of the biggest things anyone could ask for. Just  showing up and saying I’m willing to be uncomfortable. Because a lot of the things we talk about are not going to sit with you right away. It’s going to be hard to hear.

What parting piece of wisdom would you give those creating communications for International Development organisations?

Yes. We want to see people viewing African people as humans. People who have feelings.

When white people are discussing matters concerning the African continent, they should be very careful of the words they bring out about Africa. It’s really important.

Our forgiveness should not be taken for granted. People coming to Africa should know I’m going to interact with people who have feelings and I should be able to be held accountable for whatever I’m going to do on this continent.

I’ll end by saying we didn’t say no white people. We don’t hate white people. But they shouldn’t be the heroes of our stories. When you come to the African continent, please let us lead our own movements and stand by, support us, collaborate with us.

But stand aside as we rewrite our own history.

Yes, that’s what I would say.

It’s a way of ensuring stories featuring the African continent treat African people justly, whilst continuing to motivate support for international development. But it can be equally applied to fundraising for any cause.

Our award winning #Untapped integrated campaign for WaterAid is an example of these rules applied well, but we know we’ve got a long way to go and are working towards a better way of fundraising in partnership with our clients. 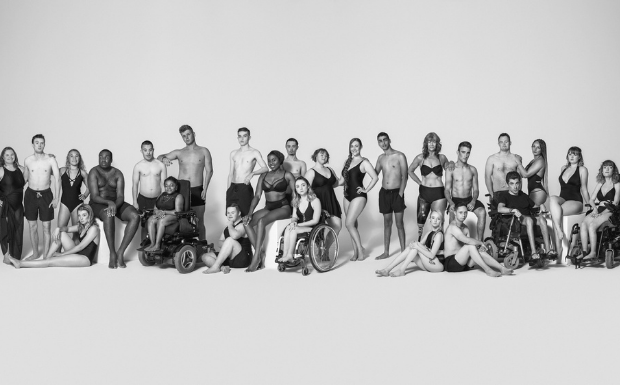 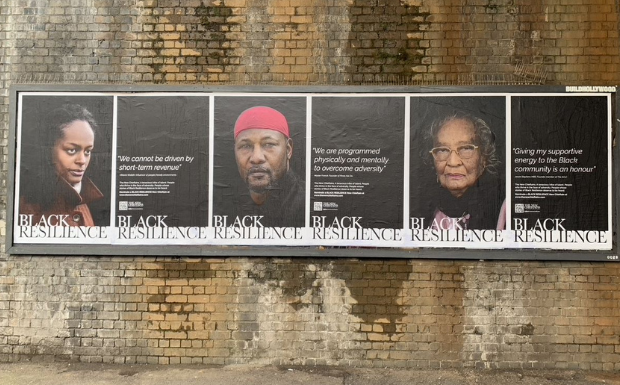 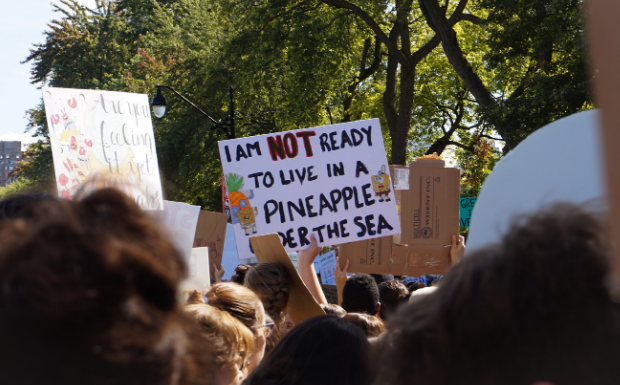 What does ‘purpose’ mean to Gen Z?